I fell off the face of the earth 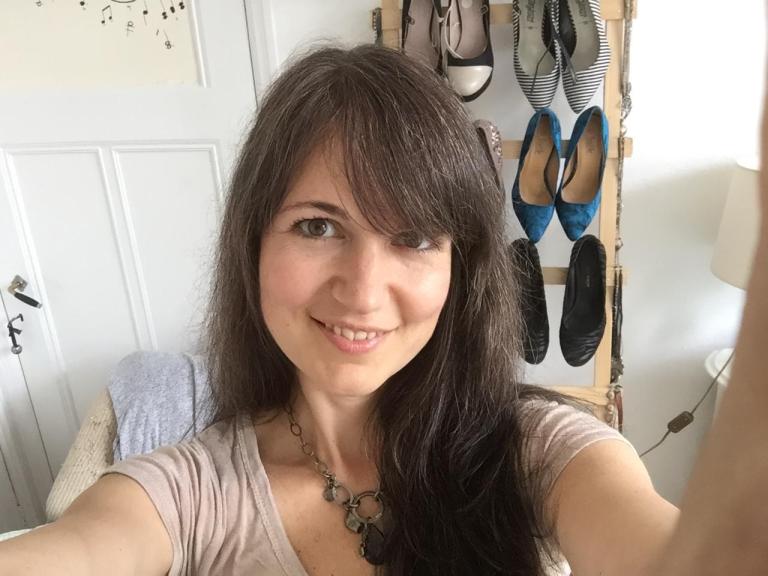 Hi all you lovely people,

I have thought about you a lot over the past couple of years. I have missed you, and I am so flattered that after almost 3 years of not being on a stage I still receive messages asking if I’m still performing. It warms my heart every time. I don’t think I have replied to any of your messages, but I have read (and loved) them all. These messages are part of the reason I want to let you all know why I have been so silent, and I’ll try to answer some of your questions.

As you probably know, I have always been somewhat of a private person and I have never put much of my private life out on the internet. I did feel I had to tell you why I had to cancel our Dreaming of Kate shows back in 2016 though; I am utterly grateful for every single person who takes the time and effort to come to see me perform, and therefore I don’t cancel shows lightly. ‘The show must go on’ has always been my mantra.

I was forced to cancel the last Dreaming of Kate full shows back in 2016, because I was suffering from a hip injury that was so severe I couldn’t walk past the corner of the street. The only shows I could still perform at the time were in October of that year; they were unplugged shows during which I only played the piano. Some people who ran into me outside the venue in Hull were quite shocked to see me walking with crutches. My very last Dreaming of Kate show was an unplugged show in a lovely little theatre in Richmond, during which we received the warmest applause for not cancelling the show despite my injury.

I went into surgery in November 2016, hopeful I would be back on stage soon. Recovery went well, and I could almost see myself starting Pilates classes again when I noticed the same pain started to occur in my other hip. I was right: I had the same injury on the other side. So right after ritually burning all my hospital papers, I was back to square one (except this time around I could walk for a whole ten minutes instead of just to the corner of the street).

I had the same doctors, same surgery, same physio therapist and again: the hip recovered well. The only thing was it seemed I was ill a lot afterwards. I couldn’t really blame my immune system; it was faced with all sorts of drugs in a short amount of time and my body was still recovering from the first operation (I was warned the body takes up to two years to recover after a serious injury or surgery). It would all be fine, and I was sure 2018 would be the year I would be back on stage.

Unfortunately, I was diagnosed with breast cancer instead.

First of all: don’t worry! It was caught at an early stage, well treated and I’m doing as well as can be expected. My one-year-scan was all fine too, and I haven’t had a cold or flu all year. But treatment has been severe, and though I am recovering well I still have a long way to go. And this time I couldn’t say it was ‘just a mechanical thing’, which was my catchphrase when talking about my hips.

Although I don’t share much of my personal life on social media, I have never made a secret of my diagnosis. I believe that it’s better to tell people what’s really going on if you want them to understand your actions. By choosing to perform publicly, I have chosen to be in the spotlight, and, however insignificant I am compared to a lot of other people, I have chosen to live a more public life than I would have had I never been on a stage. People have noticed me missing from the stage, so I want to explain my silence, and share some of my thoughts with you.

In Holland, where I currently live, various cancer related organisations have recently been in the news, trying to get better aftercare for recovering cancer patients and raise awareness about how surviving cancer might impact one’s life. This too is part of the reason I felt the need to come out with my story. Even if I can make only one person understand better what the implications or consequences of cancer treatment are, even if I can make only one person feel like they are not the only one feeling the way they feel, it will have been worth telling my story. It affects every person in a different way. Not just emotionally, but physically as well. While I recovered from surgery quickly, recovering from radiation therapy was a different story. It has wiped out my energy completely; for months I couldn’t even have a simple conversation after 5pm.

By now I’m doing better already. There are days I feel great, but then sometimes little things can be too much. Like traffic, or a lawn mower, or a crowded room. Luckily, I live in a great place with lots of places to take beautiful and peaceful walks nearby, which has definitely contributed to my recovery so far.

Now coming back to the question in every single message I received: will I be touring again? Currently, the answer is a bit complicated. I am still restricted in my ability to travel for more than an hour, or stay up past a 12-year-old’s bedtime. Which complicates touring (like, a lot!), especially since I moved back to Holland and my band is still in Liverpool (and I’m not even talking about the Brexit chaos in all of this). I currently don’t have the energy to put into properly organising a project, like I did with Dreaming of Kate or the album I still want to re-release. But I do miss performing.

So here’s my plan. I might start with some low key house concerts (matinees!) not too far from my home in Holland in the not too distant future, see how it goes and take it from there. At the moment I can’t promise you I will be touring again. I won’t book any further shows until I know I’m ready for them. I believe the show must go on, and I don’t want to make any promises I can’t keep.